Mary Dooley was nominated for the award by CASA of Central Oregon Associate Director Leslie Fritch.  She advises, “Mary has been volunteering as a volunteer Court Appointed Special Advocate (CASA) in Crook County since July of 2014. She has advocated on behalf of 11 children, including five currently. Mary has gone above and beyond in advocating for these children to attain a permanent home; including riding along with DHS to take a child to her adoptive placement in another state, and to help ease the child’s anxieties during the transition.

In addition, Mary has taken on the role as Crook County’s volunteer Family Find Coordinator. Within this role she aids her fellow advocates in connecting the children they serve with their extended families. Mary is dedicated to helping build connections and relationships between kids in foster care and their extended families.”
Mary has volunteered hundreds of hours and thousands of miles in service of children who have found themselves, through no fault of their own, in the foster care system.”

Crook County CASA Program Coordinator, Debbie Bircher, adds that Mary is a resident of Bend, however she chooses to travel to Crook County to serve as a CASA.  She is a retired medical social worker who is now a full time volunteer.  In addition to her volunteer work with CASA, Mary also volunteers: at the OSU extension program where she teaches food and nutrition classes through the WIC program, at the Bethlehem Inn homeless shelter, and is a Red Cross volunteer.

​To learn more about CASA of Central Oregon, visit:
www.casaofcentraloregon.org 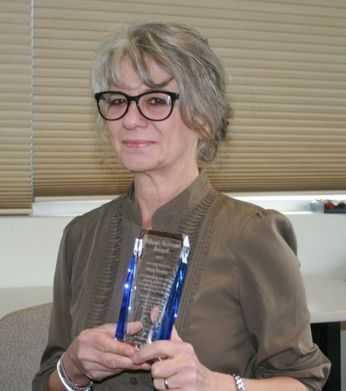